Decades of sustained immigration have transformed many European cities into mosaics of different cultures. Yet this diversity is not always mirrored in the art celebrated in museums, the plays produced in major theaters, and the music heard in concert halls. In addition, well-intended efforts to celebrate ethnic and cultural diversity through art and culture run the risk of overemphasising differences, exoticizing minority groups rather than contributing to the normalisation of diversity within society.

But this status quo may be changing. Widespread anti-racism protests have prompted long-overdue conversations about mis- and under-representation of minorities as well as discrimination in the cultural scene. At the same time, pandemic-related restrictions have placed further financial strains on the already fragile cultural sector, challenging organisations to reach new audiences in new ways.

This MPI Europe report, which draws on interviews with cultural professionals from 11 European countries, explores approaches to strengthening the participation of migrant and minority communities in arts and culture, with potential benefits for immigrant integration outcomes, social cohesion, and the vibrancy and sustainability of cultural institutions. It examines migrants’ and minorities’ inclusion on three levels: as visitors of cultural venues and consumers of art, as featured artists and performers, and as leaders and staff within cultural institutions.

Promoting the Inclusion of Europe’s Migrants and Minorities in Arts and Culture
(mpie_europe-art-culture-inclusion_final.pdf - 2.02 Mb) 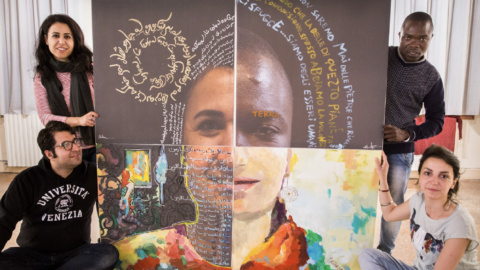