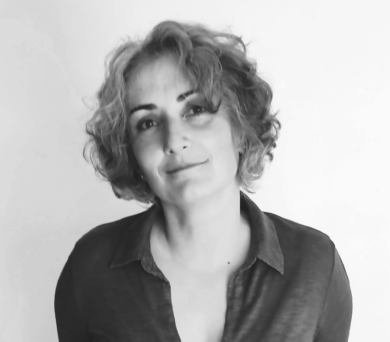 Inês created Mapa das Ideias, with Ana Fernambuco and Daniela Araújo, in November 1999. Her activity at Mapa das Ideias thrives on the overlapping of different areas such as Education, Mediation, Marketing and Management for the fields of Culture, Heritage and Citizenship. Her primary focus relates to marketing and project development, being also responsible for the creative department, as well as the consultancy and research sector. Inês is also quite active as a lecturer and trainer, both in academic and non-academic settings. Within Mapa’s, she was the coordinator of the Knowledge transfer project, Museum Mediators Europe, between 2012 and 2014. Inês is also President of the non-profit “A Reserva”, created in 2015, that focuses on research and community development based upon the arts, non-formal education and cultural entrepreneurship. 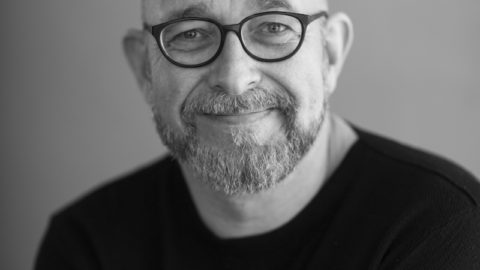 Niels has been the Director for CKI – the Danish Center for Arts & Interculture. The centre is a national knowledge, competence and communication center for international culture and cultural diversity. Niels has a broad background and experience from more than 25 years in the arts field. He has worked as Head of Information, Producer, Artistic Director, Cultural Political Developer, Managing Director and Political Advisor within a variety of cultural institutions and organizations over the years, among others, as Managing and Artistic Director of the Dunkers Arts Centre in Helsingborg, Sweden, as Chief Curator and producer at Møstings Hus & Byggeriets Hus, Copenhagen and as co-founder of the intercultural magazine and communication bureau Cultures. At present Niels is a board member of among others the Audience Europe Network, the theatre Inkonst in Malmö, Sweden and Teatergrad in Copenhagen, Denmark. Niels has a background in Literature, Modern Culture & Cultural Communication and Spanish Culture & Language from the University of Copenhagen. 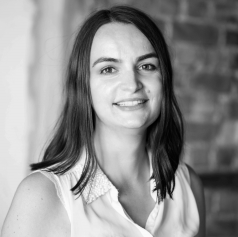 Katharina is the policy advisor of the European Music Council working on European cultural policy and the European Agenda for Music as well as the European Forum on Music. She is also involved in the cooperation project MOST – Bridge for Balkan Music which aims to strengthen the music market in
the Balkans.
Previously, she worked for the Creative Europe Desk in Germany, the portal Europa fördert Kultur (Europe funds culture) and the Europe for Citizens Point. She also worked for the Kulturpolitische Gesellschaft on various publications, events and a project on cultural education. Katharina studied political science, social and economics history and German literature. 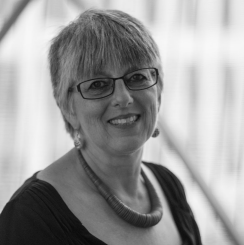 Julie has been working in the arts all her life, initially as a writer and theatre practitioner primarily working in participatory practice with young people and marginalised communities (eg at Contact Theatre in Manchester), but also as a producer and festival director. She ran a regional disability arts
organisation before founding a rural artists co-operative which continues to be sustainable 35 years later, where she devised innovative indoor and outdoor programmes across a wide variety of art forms, including social prescribing ‘arts for well-being’ models and projects connecting communities globally via cultural exchange.Julie was elected as MEP for NW England in 2014 and re-elected again in 2019, serving until the UK left the EU. Throughout her mandate Julie was a member of the Culture and Education (CULT) Committee, building strong relationships with civil society and the creative and cultural industries. 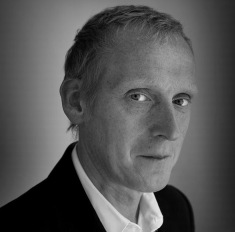 Paul is vice-president of the European Festivals Association (EFA)and Strategic Advisor JRC SciArt project Board. He has been CEO of the Centre for Fine Arts Brussels (BOZAR) from 2002 to 2021. Under his leadership, the house for culture has turned into a respected and internationally recognized multidisciplinary European hub.
As a passionate advocate of the European project, Paul Dujardin enabled BOZAR to become an essential and indispensable actor both in the European cultural cooperation and in the defence of cultural values in the European project. Before committing to BOZAR, Paul Dujardin was Director of the Philharmonic Society of Brussels, CoArtistic Director and Director of Programming at the National Orchestra of Belgium from 1992-2002. Since 1996 he has maintained several International mandates such as Member of the Board of Directors of the European Festival Association, or President of the International Opera Academy. He received various National Honours like being knighted by King Albert II of Belgium in 2009. 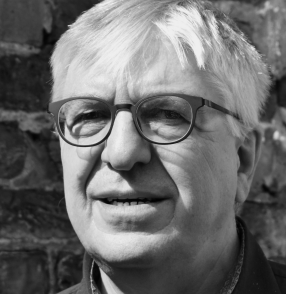 Stefan is originally from southwestern Germany. His main research interests include music philosophy, music education theory and history of institutions. Stefan has been the Chief Executive of the AEC since September 2015. He has dedicated himself to strengthen AEC’s role as a think tank and driving force for innovating the Higher Music Education sector. The key topics he is currently working on include: campaigning for the recognition of the specific features of artistic education; ensuring the long-term preservation of adequate framework conditions to maintain a musical life and cultural offers; promotion of musical education at all levels and according to diverse needs; establishing artistic research and facilitating cross-border mobility. Stefan has been actively involved in AEC since 2007. Before taking on the position as its Chief Executive, he took part in several EU-funded pilot projects on Quality Enhancement in Music Higher Education. He is responsible for running the AEC’s current Creative Europe project ‘Strengthening Music in Society’ (SMS). 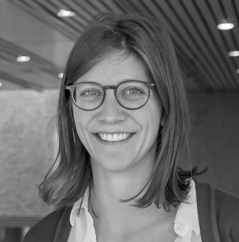 Celia achieved her studies between the Albert-Ludwig University in Freiburg and the Institut d’Etudes Politiques in Aix-en-Provence with a Masters in Euro-Mediterranean Policies in 2018. She discovered working in opera during an internship at the Junge Staatsoper in Berlin in 2014, and deepened into this passion during a one-year experience at the Intendant’s office of the Teatro Comunale di Bologna.
After finishing her Masters degree and a work experience at Eurocities for the #Cities4Europe campaign, she began her work as event coordinator and later as Advocacy coordinator at Opera Europa where she organises the conferences and coordinates several specialist forums (Sustainability, Independent Producers, Education, Orchestra, Set Workshop & Stage) as well as the World Opera Day taking place every year on 25 October. 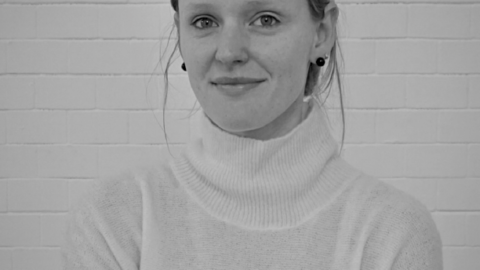 Leanne is a policy officer at Kunsten ’92, the association for the arts, culture, heritage and the creative industries in the Netherlands. With members from across the breadth of the cultural and creative sector, Kunsten ’92 aims to achieve a thriving environment for arts and culture at both national and local level. It does this through advocacy and lobbying activities, as well as through providing knowledge sharing and networking opportunities, bringing together the sector with politics through events and publications. Kunsten ’92 is also the coordinator of the Fair Practice Code.
Within the team Leanne is responsible for general policy advice, as well as coordinating specific projects and programmes such as the Europaplatform. This platform consists of several Dutch arts and culture organisations with an interest in European cultural policy and programmes, and is tasked with lobbying the Dutch government to achieve effective European cultural policy, ensuring optimal opportunities for Dutch cultural organisations at European level. It underwrites the Cultural Deal for Europe and spearheaded the campaign to allocate 2% of the Dutch Recovery and Resilience Facility for culture. 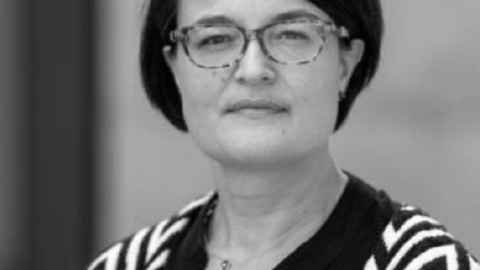 Mateja is co-founder and director of Motovila, Centre for the Promotion of Cooperation in the Cultural and Creative Sectors, a non-profit NGO, based in Ljubljana, Slovenia. She is an expert on international cooperation in the cultural and creative sectors, specialising in EU funding programmes and policies in this field. Since 1997, she has been involved in information, consultancy and training activities aimed at strengthening the capacities of CCSs and promoting crosssectoral cooperation and internationalisation in culture. Her professional path started at the Open Society Institute Slovenia (Art & Culture Network Programme) and continued at the Centre for Contemporary Arts SCCA-Ljubljana where in 2022 she established Cultural Contact Point, the first national information office for the EU cultural programme in Slovenia, and acted as head of the office until 2013 when she co-founded Motovila Institute. 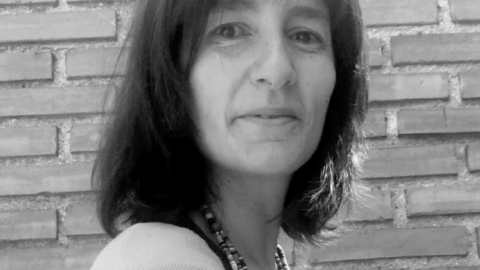 Rocío  is the Managing Director of the EMES International Research Network since 2004. She earned her PhD at the University of Barcelona in 2017 on the topic of social innovation in cultural and artistic social enterprises. In particular, she studied the scaling-up process of the SMart cooperative model across Europe. Her thesis was distinguished with the ENCATC 2020 Research Award on Cultural Policy and Management and will be published by Routledge by the end of 2022. She has done consultancy and advisory work for international organizations like the OECD, the European Commission and the UNDP on various topics related to social enterprises and social entrepreneurship. She is part of the core group of the Spanish Network of Community Culture Entities and Agents (REACC) where she co-led the first overview study of community culture in Spain. She is also a member of the Council of the SMartib cooperative. From 2018-2020, she was part of the coordination team of the Ecopoetry Festival in the Jerte Valley in Northern Extremadura. 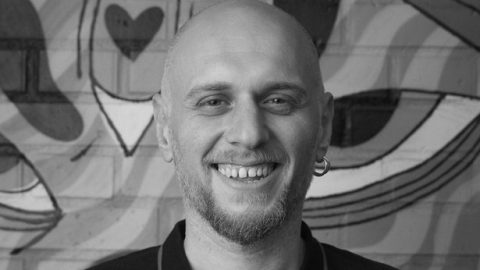 Burak Sayin was a journalist in Turkey before he moved to Sweden for his education at Lund University. He has a focus on urban innovation, communication, and community management for the decentralised forms of governance in communities working with culture and arts. In the past, he has worked for Associated Press Television News, Huffington Post and Al Jazeera America. Burak has served at Trans Europe Halles as the Community & Communications Manager since February 2018 and contributed to EU co-funded projects Creative Lenses, Factories of Imagination and Developing Inclusive and Sustainability Creative Economies. He is the founder and CEO of Space-time Works, a Research development consultancy working with Urban innovation. Burak is fluent in English and Turkish, and currently learning Swedish. He has a personal interest in video production.