The Forum, in which discussions were focused on sustainable development, aesthetics, and inclusion, the three main themes of the New Bauhaus.

The Fair, where various exhibitions were held throughout Brussels to showcase New European Bauhaus-inspired products and projects.

As part of the Festival’s cultural program, performances took place in the main spaces as well as in other places around Brussels.

Furthermore, panel events were held from 9-12th June, during which important discussions focused on a variety of themes. In particular, arts and culture were discussed as part of the workshops and panel discussions. During the 10th June panel, the question was posed: How does arts and culture play a role in the New European Bauhaus? As part of this discussion, Gabriele Rosana, Policy Director from Culture Action Europe, actively took part.

This session invited participants to discuss how cultural and artistic organizations can more actively participate in the NEB from a political perspective, as well as from a practical viewpoint, based on Culture Action Europe’s critical reflection on the New European Bauhaus. In the context of the NEB festival, this event was part of a parallel program of activities organised by the Cultural Offices of Creative Europe in Spain, Germany, Belgium, Denmark, France, the Netherlands and Portugal. 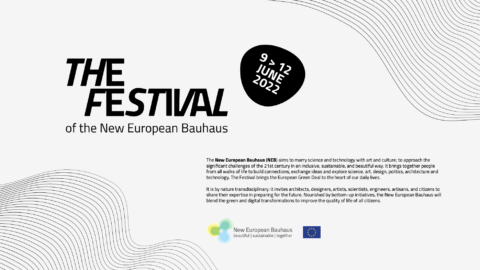