The negotiations on the next Council Work Plan for Culture 2023-2026, the main roadmap for cultural policy coordination among Member States, goes into full swing. The European Commission has just published its final report assessing the previous Work Plan 2019-2022, that is about to conclude its cycle at the end of this year.

The assessment is based on contributions suggested by the Member States. Building upon the experience of the current policy framework, the EU’s executive body proposes some priorities to focus on in the next three-year period. The new Work Plan for Culture is to be adopted by the end of November, during the formal meeting of the Ministers for Culture, and constitutes the main priority of the current Czech Presidency of the Council, which started on 1 July.

The current Work Plan for Culture 2019-2022, that was agreed upon during the Austrian Presidency of the Council in 2018, defines six key areas of action, as well as measures for coordinating cultural policies at the European level. The six main umbrella priority categories includes 1) sustainability in cultural heritage, 2) cohesion and well-being, 3) an ecosystem supporting artists, cultural and creative professionals, and EU content, 4) gender equality, 5) international cultural relations, 6) culture as a driver for sustainable development. Amid a new push for improving working conditions of artists and cultural workers by benchmarking national schemes and initiatives, particularly regarding the third category, some work on the topic of freedom of artistic expression was achieved for the first time during an online workshop with around 60 participants from 20 different Member States, including Culture Action Europe alongside partners such as Freemuse and international organisations such as UNESCO and the Council of Europe. The report also highlights that “a transversal and overarching framework for reviving and reimagining Europe through culture has become a recurrent plea form civil society,” giving credit to the #CulturalDealEU campaign jointly developed by Culture Action Europe, the European Cultural Foundation and Europa Nostra.

According to the Commission’s assessment, future priorities should keep the major focuses of the past few years and include, among other topics, cultural recovery and resilience, working conditions of artists and cultural workers, climate change impacts, culture’s role in societal transformation, in combating racism and in promoting wellbeing. Member States will put forward their proposals in the coming months in order to find an agreement in Autumn.

CAE and its membership are actively engaged in calling for a new ambitious Work Plan for Culture that corresponds to current and future challenges and transformations. In the first informal meeting of the Council Committee on Cultural Affairs at the end of May, Culture Action Europe presented the views and the priorities of the wider cultural ecosystem in a keynote address, insisting on the continuation of the work towards a European Status of the Artist and to highlight the role of culture as a driver of sustainable development, as well as to uphold artistic freedom and cultural rights, to promote transdisciplinary approaches between culture and other disciplines, and to bridge the gaps and establish a dialogue with other branches of the national public administration (from health policy to finance).

A pandemic and a war have proven that we cannot go back to ‘business as usual’ anymore. We will need to face and address both old challenges and the new emergencies. Hence, we need a courageous Work Plan for Culture that paves the way for future-proof cultural policies. 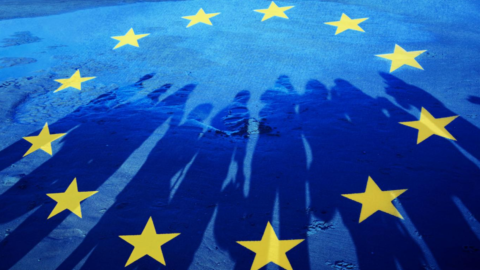