COME2ART is an Erasmus+ funded project led by ActionAid Hellas and carried out by Culture Action Europe alongside 5 other project partners: IoDeposito and Melting Pro from Italy, Clube Intercultural Europeu from Portugal, Creativity Platform and Aristotle University of Thessaloniki from Greece. COME2ART will develop a series of artistic actions that will take place in Greece, Italy and Portugal. In each country, in Thessaloniki, Treviso and Lisbon respectively, approximately 5 artists and cultural workers who are in limbo due to the COVID-19 pandemic will work together with 25 individuals from diverse and underrepresented communities in order to create artistic projects in public spaces.

In order to engage local community centres active in the fields of civic participation and social inclusion, the project’s framework provides a basis for identifying the artists involved in the project, the social groups and the communities from where the community members would be selected, the criteria for the selection of the participants, and the spaces and places be located for the events and artworks. In the beginning stages of the project, Aristotle University of Thessaloniki and Culture Action Europe prepared desk research that provides a theoretical background and information on existing participatory experiences and projects, and provides the COME2ART project a foundation for acting in space and creating places through collaboration in arts that creates the praxis context for building life skills development. The desk research is the basis for how the COME2ART project will eventually train the artists and the community members, and provide a fertile ground contributing this way to build resilient relations and communities.

Below is a summary of key areas of discussion the COME2ART desk research presents:

The impact of COVID-19 on arts and culture: Already in 2020, Culture Action Europe had estimated that 7.3 million jobs will be affected by COVID-19 within the cultural and creative sector at EU level. Artists and cultural workers are more likely to work part-time, not to have an open-ended contract, and to combine employment and self-employment in several countries throughout their careers, and in other sectors (services, education, etc). In this context, new needs and challenges have been generated and the arts and creative placemaking are of the factors to contribute positively in this direction, while it is as urgent as ever to invent new ways to reactivate space, the arts and the creatives.

Life skills development: Life skills include ‘creativity, critical thinking (…) the ability to communicate and collaborate, along with personal and social responsibility that contribute to good citizenship…healthy societies and for successful and employable individuals. Arts and culture, as well as acting in public space (thus taking in consideration the complex matters of public life) are critical fields in the development of life skills, in the sense -but not limited to that- described above.

Public space, Space and place: Public space has been quite a central term in countless academic discourses, the main notion in various art practices and numerous related artworks. As an example, in its most pure form, squares, parks and sidewalks are freely accessible public spaces, while other spaces are private but still in many respects they are public at the same time; they are both private public spaces. Instead of the private-public binary, Dimitris Kotsakis, speaks about the Common space which is the intersection of public and private space, while Stavros Stavrides, professor of Architecture at National and Technical University of Athens explains that Common space is a set of spatial relations produced by commoning practices; practices of sharing either between a community of commoners either in the form of an open network of passages through which emerging and always-open communities of commoners communicate and exchange goods and ideas opening the circles to include newcomers.

Art in public space: Investigating art in public space connects to the everyday city experience and eventually indicates the possibilities of acting in the framework of COME2ART. it also involves a wide array of practices not just limited to a specific type of acts, styles and techniques. Most importantly, the essential participation of the audience contribute to the creation of the artworks, to the atmosphere and to the vibe as a whole, too. The location itself and the way it is treated for the purposes of an artwork or event are crucial. Art in public space is not really a genre nor a specific art movement but it is primarily defined by the mere fact that it occurs in public space. Thus, it can potentially include all possible types of acts or art practices, plus the art of handling space itself which is the essential element of these artworks: the host and the ground for them to take place.

Examining examples of spaces, places and interventions: Included in the desk research are cases studies that introduce a series of aspects, that in a multiplicity of ways incorporate mediums, strategies, ethics and aesthetics. They also introduce aspects of synergies and collectivities, the right to the city and the experience of space, and benefits to our understanding of each space and place’s aspects.​​ Even though the works take place in specific areas, thus one of their main audiences are the local populations who might present a certain amount of cohesion, still the audience consists of various individuals of any possible age, gender, ethnicity, cultural and social background. However, in many cases, the events and artworks refer to communities and social groups with whom they correspond and interact and this is a fact consider before planning and while acting. Ultimately, highly important is the commentary on how the artists treat their subjects whether they deal with underrepresented minorities and social groups, and relevant examples have to be discussed as well.

Audiences and factors involved: An audience might mostly refer not to the ones who one way or another, participate in the creation of it, but still, they also experience the artworks as viewers too, and after all they will take part in the placemaking and further develop their life skills as well. On an even larger scale the works refer to the people from the broader area, who are also the ones that are in one way or another impacted by the works; they are the people coming from the nearby neighborhoods and their communities. They feel represented in other areas, communities, or even to other social groups -especially in the case that the artworks’ sites involve underrepresented groups and minorities. such processes involve a series of factors and subjects, and multiple overlapping audiences. Their events, incidents, narratives and even traditions affect both collective memory and experience, thus contributing to what we can consider placemaking and subsequently benefit the development of life skills and community resilience.

Creative placemaking: In a sense all activities are creative since they produce meanings, objects and situations, or reproduce relations and so on; but the emphasis here is upon the arts, culture, and all relevant interventions that positively affect our wellbeing and everyday life. When it comes to the arts and culture special qualities are indicated, of the ones that support the citizens’ essential aesthetic and spiritual needs, and usually are evident in the physical environment too. In such a context, ‘transforming the place you find yourself to the place you live’, and ‘ the powerful act of doing something’ one can find some of the true essence of placemaking; experiencing space, acting in space within various spatial practices, thus turning the space into places. When adding the unlimited artful ways within such practices could occur, responding to the actual needs of any neighborhood and truly engaging the community and the social groups they consist of, then they offer the potential qualities for a deeply essential creative placemaking

The benefits of creative placemaking in life skills development through art in public space: ‘The importance of public space as a foundation for good cities is recognised across Europe at a policy level and also amongst practitioners’, while ‘its quality is the backbone of a sustainable city’ say Anna Louise Bradley, Jeroen Laven, and Levente Polyak. The Project for Public Spaces team explains that ‘placemaking inspires people to collectively reimagine and reinvent public spaces as the heart of every community. Strengthening the connection between people and the places they share, placemaking refers to a collaborative process by which we can shape our public realm in order to maximize shared value. More than just promoting better urban design, placemaking facilitates creative patterns of use, paying particular attention to the physical, cultural, and social identities that define a place and support its ongoing evolution. Laura Zabel adds that ‘artists can help people visualize possible futures for a place, designing community planning processes to translate their hopes and dreams into policy and action.’ The importance of the placemaking process itself is a key factor that has often been overlooked in working toward many of these noble goals’ reminding us again of the link between placemaking and community resilience.

As it has already been mentioned in the introduction, COME2ART program offers the chance to artists and community members to collaborate in pairs in order to create a number of mini projects, and finally to collaborate in groups to create three final works in Lisbon, Thessaloniki and Trieste. The possibilities of acting are countless. At this phase in the project, the methodology for the COME2ART trainings and engagement of artists and community members is currently being developed in advance of the artist training that will be held in Brussels in September. 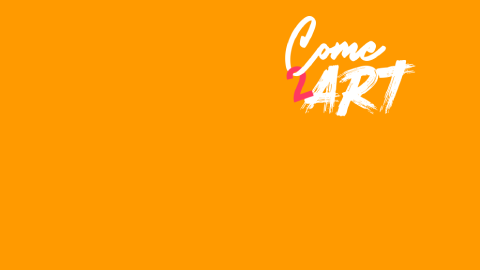