“This is also about art, culture, and the artists that have been suffering so much during these months.” Speaking in Rome’s movie complex Cinecittà to announce the green light to Italy’s National Recovery and Resilience Plan (NRRP), European Commission President Ursula von der Leyen made it clear that Brussels sees the EU’s 806 billion euros worth Recovery Plan also as a tool to address culture and cultural workers.

24 out of 27 Member States have so far presented their National Recovery and Resilience Plans to the Commission for evaluation: only Bulgaria (elections in July), The Netherlands (coalition talks ongoing) and Malta are currently missing. Half of the received Plans have also already been evaluated and approved by the European Commission, paving the way for a final adoption by the Council with a qualified majority vote mid-next month. This means that by July the first pre-payments will be made, accounting for an average 13% of the total of each given envelope. With the Commission that has already turned to the financial markets in order to start borrowing capitals, some 51 billion euros are expected to be mobilised already in the summer to start funding Europe’s recovery and the implementation of the various plans. Payments will then follow at a pace of twice per year until 2026, provided that the given Member State meets the targets and milestones regarding structural reforms and key investments it has committed to in the Plans.

So far, so good. But what is for culture in the various NRRPs? And when will money start flowing to support the European cultural ecosystem (at national level)?

In the past months, at the time when the political discussion on the elaboration of NRRPs was still ongoing, Culture Action Europe had mobilised more than 110 European cultural networks to urge Member States and the Commission to make sure that culture is included in the national plans, by dedicating to it at least 2% of each NRRP. The pledge has very much been mainstreamed in the debate about culture in the Recovery Plans, but unfortunately has not been featured among the main common characteristics that all NRRPs have to comply with legally (37% as contribution to the ecological transition, 20% for the digital transition).

Continue reading (for CAE members only)

Not a member yet? Consider joining Culture Action Europe, the first port of call for informed opinion and debate about arts and cultural policy in the EU 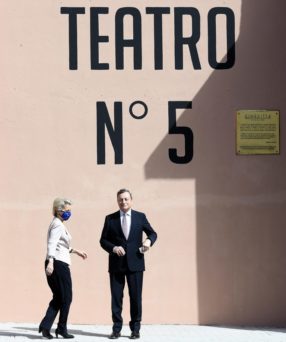