It’s Europe week. As every year at this time, we take a moment to celebrate Europe, a symbolic space, based on peace, solidarity, democracy, inclusion, diversity, equality, justice, freedom and rights. These values have been the guiding principles for the European Union over the last 70 years and definitely should not be taken for granted. Now Europe looks into the future: with the launch of the Conference on the Future of Europe, it is more urgent than ever to engage in an open, democratic debate and to embrace cultural diversity as a fundamental component of European societies.

Culture Action Europe believes that a better Europe needs more culture and more diverse cultures. Culture and democracy are interdependent and a democratic European project should put culture at the heart to nurture open and inclusive societies and a socially and environmentally sustainable future for all.

Our role as a network is to create spaces where diversity of voices, visions and backgrounds meet for a dialogue, to detect plural, exploratory, inclusive and sustainable practices in order to learn and to feed into cultural, political and social models. Culture Action Europe has the enormous richness of having members of diverse nature and disciplines: networks, institutions, projects, associations and individuals. Both the trans-sectoral and sectorial potential of a network like Culture Action Europe is, in itself, a condition for the emergence of something new.

Culture Action Europe is leading on a number of initiatives aimed at engaging with the  communities that tend to be less represented in the political debates across the culture sector in Europe. From engaging with MENA cultural agents in the EU, focusing on the lived realities and voices of artists and cultural workers from the Middle East & North Africa living in Europe, to  Amplify: Make the Future of Europe Yours, working in sync with cultural actors operating  at the fringes of mainstream narratives, Culture Action Europe strives  to create open and engaging spaces for diverse voices to flourish.

This newsletter gives a glimpse on the ongoing projects Culture Action Europe, our members and partners are implementing  to deepen discussion around the diverse landscape that is Europe. 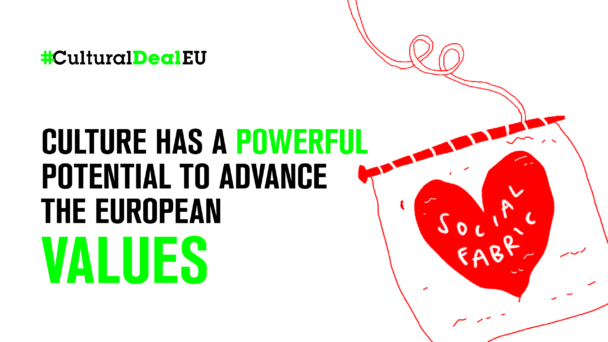