The report “Cultural Actions Supporting Gender Equality in Cities and Territories” is a contribution from the cultural perspective to address women’s rights and gender responsive policies for sustainable development. Drawing upon data collected from UCLG archives, the experience and insights of UCLG members and partners that responded to an open call to submit gender-equality initiatives in the cultural field, extensive research of positive examples from around the globe and a series of key informant interviews, and noting too challenges that require further discussion and debate, the document presents policies, programmes or projects recently implemented at the local level which constitute inspiring achievements in this field, and includes a list of key policy areas to be considered, first and foremost, by cities and local governments in their policies relating to gender equality and culture.

This report has been written by Farida Shaheed, Director of the Shirkat Gah women’s resource centre and former UN Special Rapporteur in the field of Cultural Rights.

This report was presented as a draft on 10 September 2021 at the UCLG Culture Summit held in Izmir and online, at the plenary session “Promoting Local Actions on Culture and Gender Equality”. The final version was published on 29 October 2021. 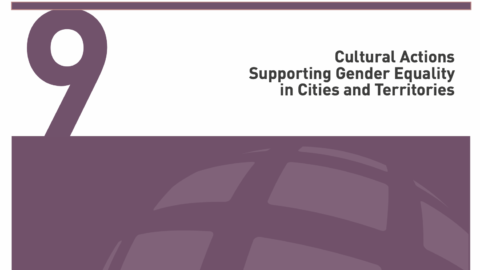