What can culture do in times of war?

Only a few months ago this question would have sounded totally out of place in the editorial of Common Ground, the annual magazine of the European Cultural Foundation. But since 24 February 2022 we have war in Europe and this question has occupied our minds and determined our work and the work of our partners and friends.

In recent years, it became fashionable for politicians and public intellectuals to wonder about the purpose and the future of the European project. Apparently, we had lost it, the sense of purpose. Monnet and Schuman’s narrative of European peace and solidarity, they argued, was no longer relevant and was no longer understood by young people. Reflection groups on the new narrative for Europe were set up, conferences on the future of Europe were organised.

And while we took peace in Europe for granted others prepared for war.

Now war is no longer a distant memory. Putin has brutally reminded us that the founding narrative of the European Union is as relevant today as it was 75 years ago. Artists, cultural workers and heritage professionals not only in Ukraine, but elsewhere in Europe and even in Russia itself, were among the most forceful voices to warn against the Russian aggression, condemn it, call for defiance and resistance, often at the risk of their own lives.

Throughout times of crises, culture has been inspirational and vital to our everyday lives. It has provided hope, strength and resilience. We need to build on the capacity of culture to heal, bring communities together and imagine a way forward.

In this year’s Common Ground you will read about European solidarity, then and now, in and with Ukraine. You will find reflections on Europe’s histories and European futures. There are policy suggestions on how to make culture pivotal in European strategic thinking, policy-making and budgeting. Clubbers write about night culture as places of European belonging and there are one, two, three, four photo essays. And more. In this magazine you will find stories of an imperfect Europe, a Europe in development, a Europe driven by arts and culture in more ways than we often appreciate.

Read an article about the Amplify: Make the Future of Europe Yours in this edition too! 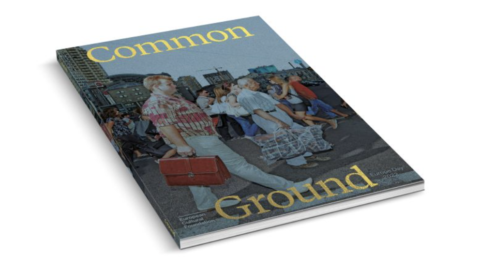