Culture Crops: cultural practices in non-urban territories was the theme of this year’s Beyond the Obvious 2019 conference. Held in the border cities of  Konstanz, Germany and Kreuzlingen, Switzerland, the conference aimed to spark debate about culture and cultural practices in peripheral territories and to jointly develop advocacy approaches to arts and culture in rural and peripheral areas.

Non-urban territories are often defined by their materiality (suburbia and landscapes); by the dynamics of their inhabitants (urban migrants and close-knit, small communities); or by their representation (a utopian view of  the rural or a dystopian perception of peripheries). However, these spaces question and challenge cultural policies, often defined by those living in cities. Debate on cultural policy in the 1990’s already questioned the paradigm framing the relationship between center and periphery as a binary relation. ‘Decentralization of culture’ was already present in those debates, which took into account factors such as higher population mobility, the emergence of new technologies supporting creation and distribution, and the recognition of a dubious polarisation between urban and rural cultures and cultural production, supporting the asymmetry and unequal interaction underlying relations between center and periphery. Additionally, policy discourse regarding culture in non-urban territories is often focused only on a few cultural sectors, and mostly limited to measuring their economic impact.

However, in light of globalization and demographic change, non-urban areas and so-called ‘peripheral zones’ are gaining increased attention both in politics and from the public. Cultural responses to contemporary challenges are arising from non-urban territories, in a deep dialogue with  social and environmental concepts such as participation in community life, good governance, a focus on well-being and the changing world of work.

The purpose of the Culture Crops conference was to go “Beyond the Obvious”, developing a more comprehensive approach towards culture and cultural and artistic practices in peripheral and non-urban areas. Practically, this included walking the territories, visiting local initiatives and engaging in dialogue with cultural actors from other projects, but with similar challenges from across Europe.

In an attempt to grasp cultural practices in these territories and understand their needs, Culture Crops created a common ground for fostering debates around three main concepts.

First, we focused on the dynamics and organisation of cultural work in peripheral territories. This included the transition toward a cognitive economy, its de-localisation and de-industrialization, and how it offers the potential to both support production and visibility for  culture in non-urban areas, as well as for making a living in peripheries. Cultural work often moves between precariousness or even voluntary work, and these changes offer new forms of making a living from local resources and new forms of cultural work. At the same time, technological developments invite us to rethink the concepts of center and periphery, and offer self-organised communities more distributed forms of participation in community life.

Second, we tackled issues related to the symbolic discrepancies between urban and rural environments and their impact on the values projected on them. Landscapes, nature, ruins…the symbolic imaginary of rural areas appeals to the romantic idea of utopia, manifested as a response to the disruption created in the 19th century by the newfound dominance of industrial capitalism. This idyllic image of the countryside often contradicts the idea that cultural practices in non-urban areas can be contemporary or revolutionary. Contemporary cultural creation and cultural innovation are often thought of as being embedded in the urban. Thus, the visibility of cultural and artistic practices beyond cities is almost nonexistent and less valued. Cultural policies related to cultural and artistic practices in rural and peripheral contexts seldom go beyond recognizing the potential of touristic exploitation of their material and immaterial heritage, without considering the possibly devastating effects on local communities.

Third, we reflected on the (non)existing borders between these places, often considered to be transitional and temporary. The global trend toward urbanisation and suburban expansion are blurring boundaries between urban and rural areas, changing the shape of the landscapes we live in and our perception of the limits of cities.  At the same time, there is a return to the debate on borders, which can serve to facilitate or impede connections, projects and creation in these areas. Alongside this, we must reflect on the fact that global mobility will continue to increase in response to the mounting environmental pressures of climate change.

The diversity of the projects visited and hosted, the multiplicity of dialogues, both formal and informal, and the contributions of all the participants in the agora and the workshops made this edition of CAE’s annual conference a unique place. A place to think collectively, to meet new collaborators, a space for all of us to start a journey and to find and discover common paths.

-Through the Looking Glass, Lewis Carroll, 1871

Read the full report from Beyond the Obvious 2019: Culture Crops, here. 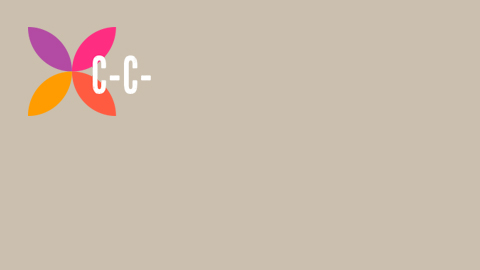