Culture Action Europe (CAE) is the major European network of cultural networks, organisations, artists, activists, academics and policymakers. CAE is the first port of call for informed opinion and debate about arts and cultural policy in the EU. As the only intersectoral network, it brings together all practices in culture, from the performing arts to literature, the visual arts, design and cross-arts initiatives, to community centres and activist groups.

CAE operates within a trans-European territory and beyond, both in rural and urban areas. This puts us in a unique position to interact with and mediate geographical, political, economic, societal, technological, legal and environmental frontiers.

The study analysed direct and indirect linkages with CAE (based on the over several hundred thousand links found on the 57,000+ websites managed by mostly cultural organisations). The direct connections, as measured by the Closeness Centrality index, have increased by 24%. The integrative function of Culture Action Europe, that is reflected in the Bridge Centrality, shows that the structuring effect of linking together the various cultural hubs increased even more strongly, by 62%.

Visit this interactive map that visualises connections among cultural organisations in Europe and how they are linked to Culture Action Europe.

Difficulties in navigating the map? Do not worry, we have prepared user guidelines to facilitate your visit and once you are there scroll the document further down and have a look at the comprehensive analysis of the data too.

Culture Action Europe as an integrator of the European cultural ecosystem
(Culture-Action-Europe-as-an-integrator-of-the-European-cultural-ecosystem-.pdf - 10.92 Mb) 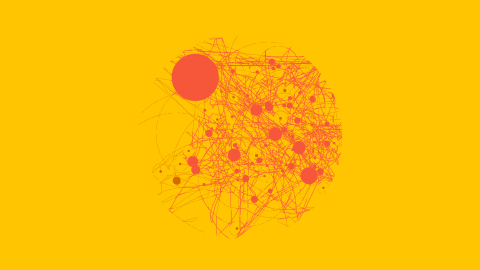