The EU Civil Society Contact Group was founded by four of its current eight members – CONCORD, Green8, HRDN and Social Platform – in 2002. Culture Action Europe joined a few years later and is the voice of the arts and culture in this informal grouping of civil society platforms.

The members of each sectoral platform are European NGO networks. They bring together the voices of hundreds of thousands of associations across the Union, linking the national with the European level, representing a large range of organised interests.

Jointly the Civil Society Contact group aims to represent the views and interests of rights and value based civil society organisations across the European Union on major issues, which affect all sectors across their specific activities. Its objective is to encourage and promote a transparent and structured civil dialogue that is accessible, properly facilitated, inclusive, fair and respectful of the autonomy of NGOs.

The Civil Society Contact Group works on a variety of topics of common interests for the civil society sector such as participatory democracy, civil dialogue and transparency or the future of the European Union… The group also promotes capacity building and empowerment of national and regional civil society organisations through public events, research and the development of toolkits.

Civil Society Europe has been officially created in Rome in December 2014 with the aim of establishing a permanent coordination of civil society at EU-level calling for a meaningful structured civil dialogue with all EU institutions. 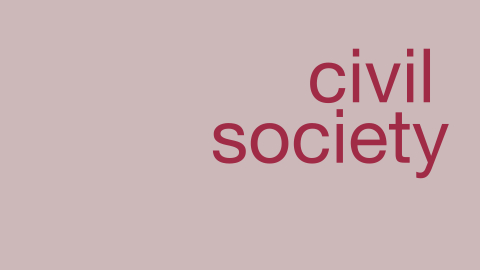