The results of the last election revealed a Europe in full recomposition. In the name of the nation and the sovereignty of the people, Europe has been overturned by progressive conquests from national populists, with programmes that are confused but seductive: anti-immigration, climate-sceptic, antifeminist, anti-abortion… and anti-European.

At the same time, awareness of the ecological crisis is profoundly transforming our sense of responsibility towards the living earth and more broadly towards the future. In response to the primary concept of an inside against an outside, civil society activists are establishing new forms of responsible relationship with the world. They are imagining an “inside-outside, an outside-inside” that allows us to rethink a European project that is open to the world and its diversity. This reversal of perspective seems to be able to open up ways to approach transformation of European cultural policies, that are heavily reliant on an inventive civil society.

Wednesday and Thursday September 4 and 5, during these two days of #Conversations, we will discuss artistic, cultural and social practices bringing a new political dimension that, in reacting against the growing control of the public and private spheres, are inventing new political strategies, and multiplying acts of openness, hospitality and care: new relationships with the food economy in Sheffield, an interrogation of the colonial past in Palermo, reappropriation of war narratives by the Syrian diaspora in Berlin and Istanbul, affirmation of reconciliation in Nicosia. All in all, a “commons” that is being constructed through innovative forms of solidarity in action, connecting approaches that are artistic, technical and militant. There is nothing easy in this!

Along with our European guests, we will explore the challenges, opportunities and difficulties in laying the foundations for these new ways of cooperating in Europe. We need to learn to work with unusual partners, even indeed with “adversaries”. These “(un)easy alliances” are one of the conditions for being at the meeting point of this European recomposition.

The event is free upon registration

Launched in 2015 in Paris by  CAE member Relais Culture Europe, the Days for a creative Europe are a resolutely European space for exchanges, debates, meetings, reflection and imagination of new practices. Thought for cultural and creative actors, these Days are increasingly being called a space co-built with the actors to confront realities, experiences and experiments on the cultural Europe of today and tomorrow. An ephemeral laboratory, they want to be a place to make conversation, to create links and to open possibilities between actors faced with the upheavals of sectors, professions, but also daily lives. 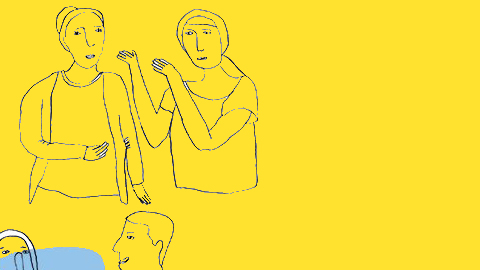