Taking over the Council of the EU for the second time since it joined the European Union 18 years ago, the Czech Republic has presented its priorities for the six months to come. The presidency will focus its efforts on the war in Ukraine and the reconstruction of the country, energy security, and resilience of EU institutions and economies. The Czech Presidency’s top priority for culture is the adoption of the four-year EU Work Plan for Culture 2023-2026, which serves as a roadmap for the coordination of national cultural policies across the bloc. The Work Plan is expected to be adopted at the end of November 2022.

According to the Culture Action Europe’s publication “Culture in the EU’s National Recovery and Resilience Plans”, the Czech Republic is one of the few countries that adopted the Status of the Artist as a reform under its National Recovery and Resilience Plan (NRRP), including investments for culture equal to around 4% of the overall envelope (taking into account both EU funds and national co-fundings). As a follow-up to the recommendations made in the framework of the Conference on the Future of Europe, which called for better working conditions for artists, the Presidency will pay special attention to the topic’s advancement.

In the months to come, the Committee on Cultural Affairs (CAC) of the Council will also focus on the New European Bauhaus (NEB) as well as protecting cultural heritage and the development of the youth in the field of culture, as 2022 is the European Year of Youth. In a hearing before the CULT Committee of the European Parliament on 13 July, the Czech Minister for Culture, Martin Baxa, explained the Presidency’s priorities and, answering a question, also took the commitment to securing extra funds for Creative Europe.

This open discussion comes in the light of concern shared by the cultural sector in Europe due to the 20% cuts for the annual budget of Creative Europe, going from 406.5 million EUR in 2022 to 325.3 million EUR in 2023. European Parliament’s Cultural Creators Friendship Group (CCFG) followed-up on their pending question for written answer on the issue, sending an open letter to the European Commission to ask for more clarity on the subject.

This development, however, does not come as news – it was instead anticipated at the time of the presentation of Creative Europe last year, when the Commission shared its intention to front load the budget of the programme so as to help ‘here and now’ the cultural and creative sectors overcome the consequences of the pandemic. With this in mind, however, we cannot but echo what MEPs write: “the pandemic is not over yet, the consequences of the restrictive measures are still being felt, and the vast majority of countries have not sufficiently earmarked funds in their national Recovery and Resilience Plans for culture”. 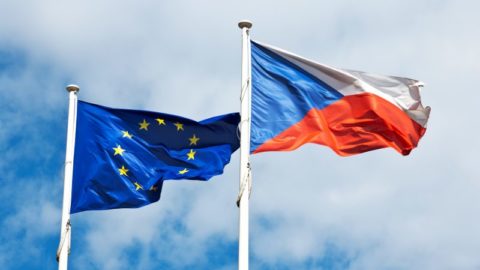