Almost 30 years after the end of the Cold War and 15 years after the accession of the states of Central and Eastern Europe to the EU, the European continent remains trapped in an understanding going back more than a century of the nation state as a territorially bounded community, and struggles to implement transnational or even de-territorialized forms of citizenship. What is the future of the European continent 100 years from now?

BOZAR, Archa Theatre (Prague) and Culture Action Europe invite you to Myths and Demons, the closing participative debate of the year-long project 1918 European Dreams of Modernity. 100 Years On. The project was launched in February 2018 with the Daydreaming Nations conference that gathered a variety of artists and intellectuals from across Central and Eastern Europe to share their visions of the centenaries of independence of their home countries after WWI. To mark the end of the project, we would like to question a “sacred triangle” of notions that informed the majority of the debates, meetings and performances that took place throughout the year 2018: Nation, Territory and Citizenship.

PROGRAMME
1. First things first: collaborative workshop
The audience creates images or recordings related to the topic. Visitors co-create the visual atmosphere and the global soundscape of the workshop, leading to a vast sharing of narratives. Technological equipment is managed by the Archa Theatre team and by volunteers from civil society – all citizens, all non-professionals.

2. Key note speech: Two central Europes
Cultural historian and professor Martin C. Putna talks about the dissymmetry in a Europe defined through the ages by the river Rhine (Strasbourg, Brussels, Luxembourg). Where is Central Europe actually?

3. Key note speech: Two countries built from two nations
Belgian writer and philosopher Pieter De Buysser focuses on the (non) common points that appear when comparing Belgium and Czechoslovakia. What does language mean for the identity of the nation? What is happening in minds of people when one of the languages is preferred? This statement invites discussion on a more general level about the triangle of Nation, Territory and Citizenship. What did that mean a hundred years back (looking to the past), and what does that mean now and in the coming decades (looking to the future)?

4. Last but not least: Myths and Demons
The title refers to nationalisms as false imaginations about the coexistence of different kinds, the fear of that coexistence, the new borders, the calling for new borders, the loss of trust by citizens, the repetition of history. Peter De Buysser and Martin Putna invite the experts of the very first conference to a discussion on the future – perceived, dreamt or desired – of the continent. 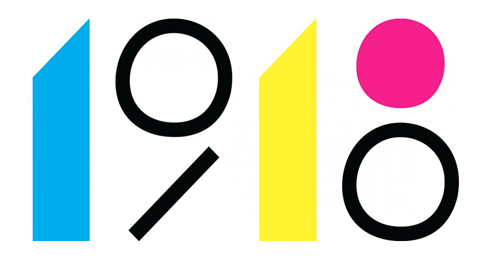