Following President Barroso’s strong endorsement of culture as the binding element of an expanding EU at the A Soul For Europe conference in Berlin (26-27.11.2004), Culture Action Europe / the European Forum for the Arts and Heritage (EFAH) and the European Cultural Foundation (ECF) recruited the support of key members of the European Parliament’s Culture Committee, from across the political spectrum, for a campaign to increase the EU’s budget for culture from roughly 7 cents per citizen per year to 70 cents.
MEPs from the Culture Committee sent a joint letter supporting 70 cents to President Barroso and Prime Minister Juncker (then President-in-office of the Council of Ministers of the European Union). At the campaign launch in the European Parliament in March 2005, political leaders of the EP, Commissioner for Culture Ján Figel’ and representatives of the arts, business and cultural NGOs endorsed the campaign.

The campaign attracted much media attention (printed press, radio, TV, internet publishing) across Europe. The press focused in particular on the difference between public acknowledgement of the role of culture in the European integration process and concrete investment in culture at European level. Many articles used comparative figures to illustrate the discrepancy between European ambitions and available financials means. Twenty-four articles were published in Austria, Belgium, Bulgaria, Denmark, France, Germany, Portugal, Spain, Sweden, and The Netherlands. On-line newsletters report regularly on the campaign progress.

The Ministers of Culture of the 25 EU Member States received a letter about the campaign with a view to the decision they would eventually take on the Culture 2007 programme. Some ministers replied by acknowledging the need for the EU to be adequately financially equipped to meet its policy opportunities.

Information on the 70 cents campaign together with a link to signing the 70 cents manifesto was relayed in the newsletters, via the websites and at conferences of many cultural organisations. Demand for our campaign materials outstripped by far what our small campaign budget could supply. A number of organisations, e.g. the Centro Nacional de Cultura in Lisbon, Kunsten92 in Amsterdam, Multicultural Centre in Prague, organised their own public events around the campaign.

The campaign has received the support of more than 1,300 persons and some large-scale membership organisations (e.g. European Booksellers Federation and Eurocities Culture Forum) from all over Europe. Among the most prominent signatories were: Princess Margriet of the Netherlands, Pedro Almodóvar (film director), Jean-Jacques Beneix (film director), Jacques Delors (former President of the European Commission), Günter Grass (author), Catherine Lalumière (former Secretary General of the Council of Europe), Pierre Moscovici (Vice President of the European Parliament), as well as several other members of the EP, Adolf Muschg (author and President of the German Academy of the Arts), and Richard von Weizsäcker (former President of Germany).

The campaign was taken further in the first legislative reading of the Culture 2007 programme. Under the leadership of rapporteur Vasco Graca Moura (Conservative member for Portugal), the Parliament voted a programme budget of 600 million Euro, which would amount to 19 cents per citizen per year, i.e. a gain of a further 2 cents. The final adoption of an enhanced programme for Culture 2007 hinges on the approval of the overall EU budget for 2007-2013 by the various national government. The Culture Council in its meeting of 14/15th November 2005 therefore had to exclude the programme budget from its decision on the shape of the programme.

The Council’s negotiations failed spectacularly at the end of the Luxembourg Presidency (July 2005) and were not taken up again until well into the subsequent British EU Presidency. Culture Action Europe / EFAH and ECF sent an open letter to all EU Heads of State or Government appealing to them to reject the British proposal for the relevant budget heading. The Council, however, adopted a position, which represents a significant step backwards – a budget for cultural cooperation even lower than the current one (i.e. less than 34 million Euro per year).

In the first quarter of 2006 the campaign around the budget for the EU Culture programme was dominant again as the negotiations over EU finances for the next seven years reached their conclusion.

In January 2006 the European Parliament voted to reject the December Council position with a view to negotiating a deal with the Council closer to its own position of June 2005. The focus of the campaign thus became to ensure that the MEPs would also put up a fight for the culture budget amongst the many other issues at stake.

The final result of the budget negotiations is close to the Commission’s initial proposal, at 400m Euro for the 7-year financial perspectives period. This corresponds to about 13 cents for culture per citizen per year. The campaign target of 70 cents had, of course, always been symbolic. Given the cuts with which the EU Council threatened in the course of the negotiations, and the real cuts which many other programmes suffered in the end, the campaign made a significant contribution to the final result. 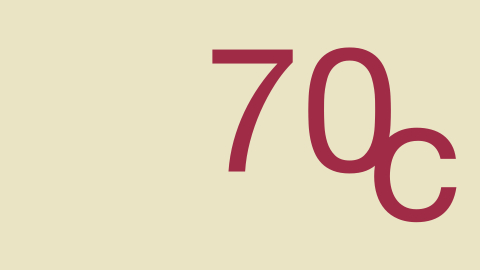