Working conditions of artists and cultural workers remains a topic of top priority for the EU institutions also in the new year. A few days before the end of 2021, the European Commission kicked off a consultation on the modernisation of competition law to make it possible for self-employed workers to have access to collective bargaining. This is follows up on the requests coming from the cultural and creative sectors and included, among others, in the recent resolution overwhelmingly backed by the European Parliament on  “The situation of artists and the cultural recovery of Europe” (rapporteur Monica Semedo, Renew Europe), which calls for the creation of a “European Status of the Artist”. In preparation of this report, CAE had developed, together with the independent researcher Mafalda Dâmaso, a background analysis outlining both legislative and non-legislative instruments in the EU’s toolbox to adopt a comprehensive policy approach towards a European Framework for working conditions in the cultural and creative sectors and industries (CCSIs), including the removal of competition law obstacles to collective bargaining for the self-employed and the freelancers..

Now, as said, the European Commission is inviting citizens, businesses, social partners, academia, government bodies and all interested parties to comment on the draft guidelines on the application of EU competition law to collective agreements regarding the working conditions of solo self-employed people providing services. The draft guidelines are part of a package also including a proposal for a Directive on improving working conditions in platform work and a Communication on harnessing the full benefits of digitalisation for the future of work through the re-evaluation of EU competition law. The draft Guidelines cover a wide range of solo self-employed people: people who are economically dependent as they provide their services exclusively or predominantly to one counterparty , people who work through platforms, people who negotiate their working conditions with counterparties of some economic strength, or who participate in collective bargaining agreements in line with the Copyright Directive and national labour law provisions.

A reform of the EU competition law in a way that does not prevent freelancers from collective bargaining is very relevant to the working conditions of the self-employed in the CCSIs, where collective bargaining agreements remain a substantial issue. Compared with the wider labour market, artists and cultural workers are more often self employed than other workers are. Self-employment is higher in the CCSIs (33%) than in employment for the total economy (14%) and combined with a fractured labour market, often leads to low income levels and precariousness (find more in the above-mentioned background analysis). Moreover, the lack of collective bargaining is pushing the problem even further causing lower negotiating power and subsequently, lower-fee and poor trading agreements.

Therefore, it is important that cultural and creative workers as well as cultural stakeholders make their voices heard and submit comments until 24 February 2022.The Commission will then assess the inputs received with the aim to publish the final version of the Guidelines in the second quarter of 2022. The impact assessment report will be published together with the final version of the Guidelines binding the Commission in its subsequent interpretation and enforcement of EU competition rules in a way that does not impede self-employed workers from doing collective bargaining, if the said conditions are met. 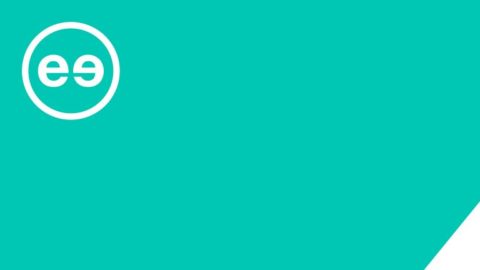