It is almost the end of the year and, as per tradition, Brussels is bracing for one Council meeting after the other to advance on as many dossiers as possible ahead of the break – and before the Czech Republic passes the baton of the Presidency to Sweden, on 1 January.

The EYCS, the Council formation dealing with Education, Youth, Culture and Sport, was not an exception. On 29 November, Ministers for Culture from the 27 EU Member States came to Brussels for a long-anticipated meeting whose main objective was to approve the new Council Work Plan for Culture 2023-2026. The Work Plan is the main policy roadmap to align cultural policies across the bloc (and the main platform to build the essence of a European cultural policy). Its adoption has been the priority of the Czech Presidency in the field of culture.

Under these chapters, 21 actions have been backed by the Member States and will be implemented by them and the European Commission until 2026. Some of them continue a work already started under the current Work Plan 2019-2022 and many reflect well the pressing priorities of the wider cultural ecosystem at large as well as of Culture Action Europe, which have been present in all exchanges with the EU Institutions during the last few years, and 2022 in particular.

Working conditions, including artistic freedom, the link between culture, health and wellbeing, sustainability, as well as an umbrella strategy for culture in the EU are among the topic prominently raised by members of Culture Action Europe during the workshop with representative of several Member States, which took place on 7 July in the premises of the Czech Presidency in Brussels. An account of that conversation can be found in a detailed report, with concrete recommendations towards the Member States.

Want to know more about these actions? Consider joining Culture Action Europe: our members get a monthly policy briefing with relevant updates from Brussels! 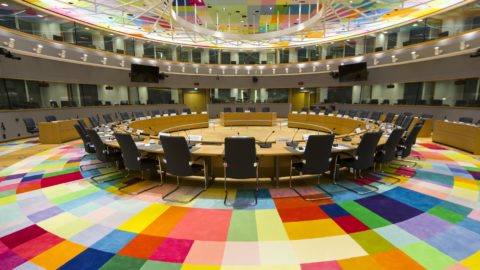