At his 2017 State of the European Union address, President Juncker unveiled a roadmap detailing the main steps towards a more united, stronger and more democratic Union. Building on this, national leaders met in Tallinn, Estonia, and agreed on a Leaders’ Agenda – a list of the most pressing issues and challenges for which solutions should be found, ahead of the European elections in 2019. On 9 May 2019, at a summit in Sibiu, Romania, national leaders are expected to mark the culmination of this process with a renewed commitment to an EU that delivers on the issues that really matter to people.

Ahead of the Sibiu summit, Culture Action Europe sent an open letter to the President Donald Tusk calling to make culture an integral part of the future of Europe in Sibiu.

A better Europe needs more culture. Contemporary creation spearheads the reflection on social dynamics and future challenges, opening new avenues forward. The cultural sector has actively participated in the reflection process on the future of Europe leading to Sibiu. We affirm that Culture and Democracy are not independent one from the other. A European democratic project needs culture to produce an open, inclusive, fair and diverse symbolic space.

A vision of the future built on hope and peace brought us together as Europeans. 60 years ago, the Treaty of Rome recognised ”culture as a factor capable of uniting people”. 60 years later, the Rome declaration pledges to build a social Europe through the promotion of cultural diversity. The European Council confirmed this vision at the Gothenburg Leaders’ Summit in November 2017. Stronger bonds between its people and our cultural pluralism make Europe stronger. Today, looking into the future of the European project, we must cultivate this collective ethos. In order to create a better future, culture is a necessity.

Read an open letter in full 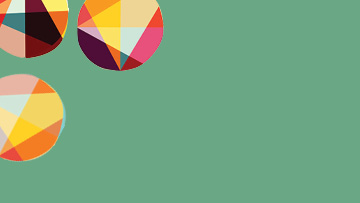