Civil Society Europe (CSE), the European coordinating network of civil society organisations (CSOs), where Culture Action Europe is a member, has recently published the final update of its study on CSOs participation in the preparation of the National Recovery and Resilience Plans (NRRPs). This report has been developed in the period August-September 2021 by two independent experts (Valentina Caimi and Fintan Farrell), with the support from the CSE Task Force on NRRPs and inputs from a broad range of civil society actors through various consultations, to which CAE and its members also contributed.

The publication aims to analyse the involvement of CSOs in the consultation processes leading up to the preparation of the NRRPs, as well as in their monitoring and implementation. As foreseen in the regulation that establishes the Recovery and Resilience Facility, the main bulk of the Next Generation EU Plan channelling resources to the Member States, representatives of civil society are to be consulted in the preparation of the national strategies, although there is no obligation for a government to do so. Hence, the study had three key objectives: to make a final assessment of consultation mechanisms for the preparation of the NRRPs from the perspective of civil society as compared to the official presentation, to highlight the involvement of civil society in the mechanisms for oversight of implementation and monitoring the Plans  and to provide recommendations on ways to improve engagement of civil society in the implementation and monitoring of the Plans. The key target audience of the report are EU and national decision–makers and CSOs.

The report offers policy recommendations for CSOs and for the European Commission, the European Parliament, the Council of the EU and the Member States, as well as “lessons learned”. The study has found that most of the consultations had a perfunctory approach to the process with little will to conduct meaningful exchanges. Also, not all CSO sectors were involved or were involved to the same extent. Disparities can also be seen geographically across the EU in the way environmental NGOs were more involved, social stakeholders managed to influence the plans in some countries, CSOs representing youth were less involved despite the calls of the European Commission, while cultural organisations seem to be the ones which had the least influence. This raises concerns regarding the role and interactions between the cultural ecosystem and the decision-makers, as well as the way civil society organisations do team up together at national level.

In the attempt to provide an in-depth reading of what is there for culture in the various NRRPs, Culture Action Europe has recently published the report  “Culture in the EU’s National Recovery and Resilience Plans”, jointly developed in the second half of 2021 together with our members across the EU. This overview aims at analysing what types of investments and reforms (if any) are contained in the NRRPs directly supporting Europe’s cultural ecosystem, which has been among the most affected by the Covid-19 crisis and the subsequent containment measures.

Read the “Participation of civil society organisations in the preparation of the EU National Recovery and Resilience Plans” publication here. 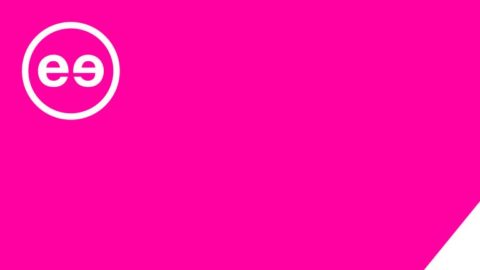