The Council of the European Union must now adopt this list, in accordance with Article 17(7) of the Treaty on European Union (TEU), after which the list will be published in the Official Journal of the EU. Tomorrow President-elect von der Leyen will announce the distribution of portfolios and the way she intends to organise the work of the next European Commission. 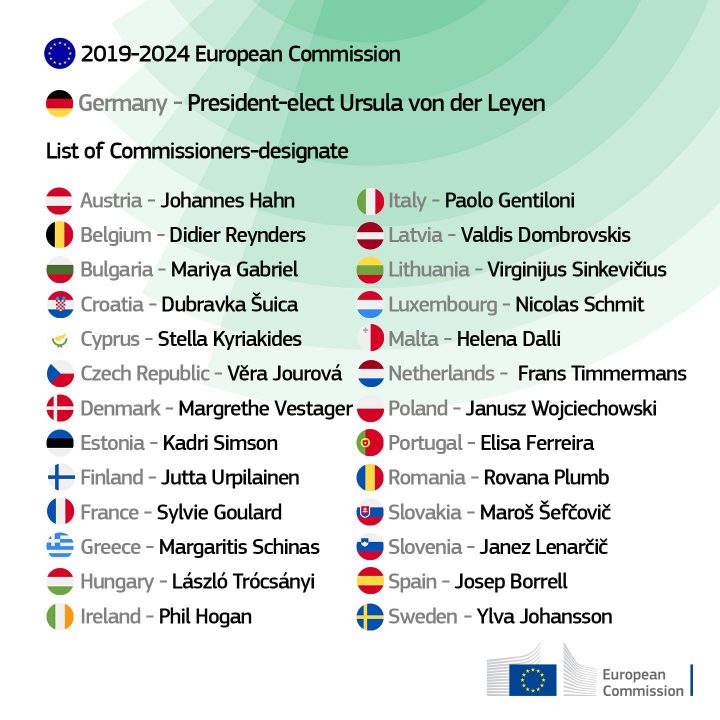 Josep Borrell (Spain) was designated High Representative of the Union for Foreign Affairs and Security Policy by the European Council in agreement with President-elect Ursula von der Leyen (Germany).

On 23 August, the Council received a letter from the UK Representative to the European Union stating that: “As the United Kingdom will be leaving the European Union on 31 October 2019, the Prime Minister announced in the House of Commons on 25 July that we would not nominate a UK Commissioner for the new Commission, and that this was not intended to stop the EU appointing a new Commission. I am writing formally to confirm that, in accordance with the Prime Minister’s Statement, the United Kingdom will not be nominating a candidate for the 2019-2024 College of Commissioners.”