The stories room (coordinated by Cristina Da Milano) allowed for stories to be told, and for discussions and debates to unfold, around each one of the four story-tellers. The social, political and environmental aspect of all stories revealed the intertwining and multiple facets between culture and science in real life and the need to address them consciously so as to develop appropriate strategies in order to effectively address current crises.

András Szöllösi-Nagy (President, Interrnational Hydrological Programme, UNESCO) addressed the critical aspects of water as a natural resource, issues of water sovereignty and the urgent need for water to be understood as a precious resource that needs to be managed sustainably. As lack of potable water is a major course of environmental immigration, access to water should be recognized as a human right and a global common good. In the discussion water’s role in regards with the human psyche (soul), life itself, governance and art emerged and were discussed.

Daniel Brooks/ (Zoologist | University of Nebraska-Lincoln) offered an illuminating story about the creation of a Science center in Colombia, where local population did not care initially about biodiversity and ecology, while scientists did not relate to the local population either. At a certain point, due to very utilitarian reasons a relationship started (the science center needed electricity to work and as a result electricity arrived also at the adjacent village. People saw a concrete, positive effect of science, also due to a shift of attitude of the scientists, who started talking and engaging with the local people. Both community and scientists shifted from their comfort zone to a contact zone.’

Henry Mcghie (Head of Collections and Curator of Zoology, Manchester Museum, UK) suggested that the next paradigm will incorporate at least the following five elements: the realization that wellbeing and sustainability can be regarded as more or less the same thing; the connection between local use and consumption, and global environmental costs; the recognition that civic engagement needs to happen on a much greater scale for any chance of success (civic institutions such as museums should play their part in this), and that governments and policy makers need to make it easy for people to make sustainable choices in terms of consumption, travel, energy, waste, etc.

Nicholas Anastasopoulos (PhD, Professor, National Technical University of Athens) presented the case of a citizen-led initiative that turned a parking into a park in the center of Athens during the first years of the crisis. The project became emblematic of positive citizen initiatives and participation and it represented a cross-over between artistic expression and environmental stewardship. Yet, participation has been withering as the project has shifted from creation to maintenance. What is needed in order to sustain active participation?

CAE takeaway: The social, political and environmental aspect of all stories revealed the intertwining and multiple facets between culture and science in real life and the need to address them consciously so as to develop appropriate strategies in order to effectively address current crises. 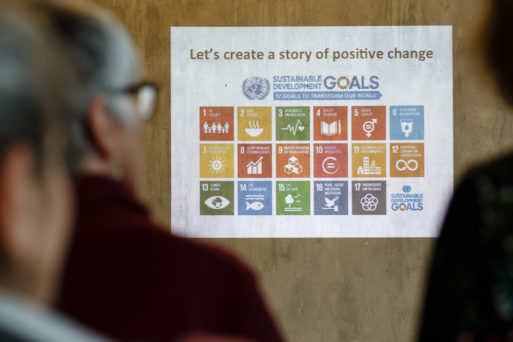