On 20 January, 58 civil society organisations, including Culture Action Europe, joined Citizens Take Over Europe in signing an open letter to the Executive Board calling to ensure that the recommendations coming out of the European Citizens’ Panels at the Conference on the Future of Europe (CoFoE) are all seriously and publicly debated and responded to in writing by the Conference Plenary and its Working Groups.

An important task of the Conference Plenary is to debate the recommendations that come out of the European Citizens’ Panels. The Open Letter states that transparency and clear communication is crucial to ensuring that the Plenary debate is meaningful, accountable and connected to the outcomes of the Citizens’ Panels. The letter calls for a more open process in which the debate is followed by the adoption of a resolution in which the Conference Plenary responds concretely and in detail to each of the recommendations. The signees believe that in the absence of such a document, many citizens are likely to feel misled, as they will not see how their recommendations had a serious chance of being heard and making a difference.

The letter acknowledges that the outputs of European Citizens’ Panels is not and should not be the exclusive content for the work of the Conference Plenary, but argues that the manner in which the output is dealt with will be a crucial indicator for the success of the Conference. As stated in the letter, “If you invite 800 citizens from all across Europe to dedicate more than three weekends of their time to come up with recommendations for the future of the European Union, the least you owe them and the wider European public is a public debate followed by a clear, reasoned and detailed answer on each of their specific recommendations.”

Culture Action Europe (CAE) is directly focusing on how to bring marginalised voices to the Conference platform through the project, “Amplify: Make the Future of Europe Yours.” Amplify is a project co-funded by the European Parliament currently working across 12 European countries that brings underrepresented voices in the cultural sector to the CoFoE. Over the course of the past year, more than 360 people from diverse parts of the cultural sector met in participatory work groups across 12 countries and collaborated on a set of recommendations that outlines their ideas, concerns and vision for the Future of Europe and how this impacts their communities. These recommendations were submitted onto the conference platform in October 2021. The third interim report, which collects and analyses all contributions made on the Conference digital platform and serves as input into the work of the European Citizens’ Panels, made reference to the Amplify project and, for the first time in one of the CoFoE reports, to culture more generally. The final Citizens’ Panel which covers the topic of culture will take place 25-27 February in Dublin. 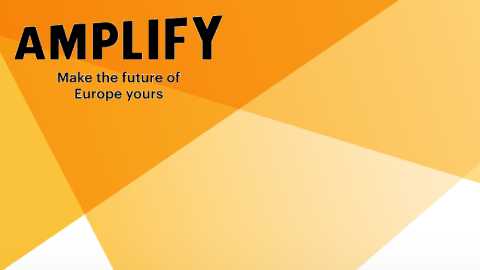