A few hours ago in Mexico, the Culture2030Goal campaign, which unites a group of global cultural networks, presented a zero-draft of a potential future development goal focused on culture.

With no explicit focus on culture in the UN 2030 Agenda, opportunities to mobilise the cultural sector, to draw on its reach, insights and energy to accelerate development are being overlooked. The group emphasises that mobilisation is essential, given the long and difficult road left to travel to achieve the 2030 Agenda and its 17 Sustainable Development Goals.

In the short term, global cultural networks propose this passes through the closer engagement of the cultural sector in policy planning and implementation. The campaign has welcomed the MONDIACULT 2022 conference, its focus on sustainable development, and hopes that it can still fulfil its potential to transform the way we think about cultural policy.

Yet in the long term only an explicit culture goal, agreed upon at the highest level, can deliver the profile and focus needed. With the halfway point in the 2030 Agenda imminent, and key UN meetings in 2023 which are likely to shape the run-up to the post-2030 Agenda, it is time to reflect on what this could look like.

The proposal launched today does just this, drawing on an international survey of cultural decision-makers, practitioners and influencers. It is designed to be the start of a process, stimulating debate both around the need for such a Goal, and what this could look like, including an outline of 5 key reasons why we need a dedicated cultural goal:

The campaign looks forward to engaging with friends and colleagues around the world in the coming months to build on the existing draft and advocate for culture to be a concrete Goal within sustainable development strategies.

In her first report to the UN General Assembly, the Special Rapporteur in the field of cultural rights, Alexandra Xanthaki, addressed the role of culture in sustainable development assessing how cultural diversity and cultural rights should be mainstreamed in the 2030 Agenda. In her recommendations, the Special Rapporteur  points specifically to the #Culture2030goal, “ lend(ing) her full support to the Culture 2030 Goal campaign envisioning the recognition of culture as the fourth pillar of sustainable development, including a stronger place for culture throughout the implementation of the 2030 Agenda; the adoption of a stand-alone goal on culture in the post-2030 development agenda and the adoption of a global agenda for culture.”

At the end of the Mondiacult 2022, the Ministers of Culture of the Member States of UNESCO are expected to adopt a Declaration, which integrates their common priorities and outlines a forward-looking agenda that fully harnesses the transformative impact of culture for sustainable development.

What should a Culture Goal look like? See the #Culture2030goal proposal as presented at Mondiacult 2022 below: 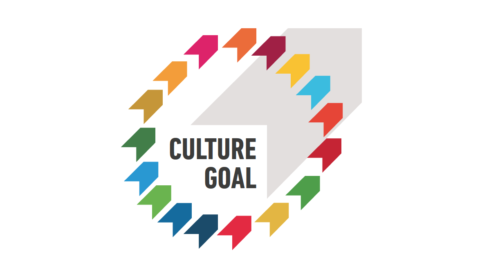