Ever since 2002, EU cultural action has been built upon the longstanding recognition of its European added value, as identified in the European Council resolution of the same year. The 2017 European Commission Communication on ‘Strengthening European identity through Education and Culture’ recognised culture as a vector to promote active citizenship, common values and European identity in all its diversity. The growing awareness by Member States of the substantial contribution of culture to the progress of the European Union has recently been reflected in the 2017 Rome Declaration and by the inclusion of culture in the Leaders’ Agenda in the Gothenburg Summit, November 2017. The European Council has reaffirmed ‘the importance of the social, educational and cultural dimension of our policies in bringing Europeans together and building our common future’ in its conclusions of 14 December 2017. In addition, the Committee on Budgets of the European Parliament in its post-2020 MFF draft report asserted that the EU cultural programme clearly demonstrates its European added value and enjoys lasting popularity amongst beneficiaries.

This joint political and institutional support requires a proper financial foundation. Yet, Creative Europe, the main EU programme dedicated to culture, represents 0.14% of the EU total budget (2014-2020), out of which only one third (31%) is earmarked for culture. Furthermore, these very limited resources have been re-allocated towards a new and ever wider range of initiatives. As acknowledged by the European Parliament, ‘Creative Europe is suffering because of its own success’ and merits a strengthened budget. Despite its high implementation rates, the programme is hindered by low and decreasing application success rates, due to its significant popularity and insufficient finances. Thus, a great number of high quality projects have been left without the deserved support. Given the relevance and efficacy of the programme and the need for increasing its budgetvi, Culture Action Europe calls to double the budget available for culture in absolute terms in the post-2020 MFF, and for it to be allocated to a specific cultural programme in the next programming period.

Robust evidence exists on the impact of culture across a range of EU policies, from health and well-being, to innovation, growth and jobs, external relations, cohesion and migration, education, and the promotion of democratic principles as shown by the Culture Action Europe impact review, ‘The Value and Values of

Culture’. This additional layer of EU added value demonstrates the unequivocal contribution of culture to the three strategic domains – Future, Innovation and Youth – identified by Commissioner Oettinger as vectors of future EU investment within the next MFF.

In view of the polarising trends within Europe there is a need to strengthen structural and cohesion funds through a fresh approach to cultural development. Equally, growing polarisation at a global level calls for an urgent implementation of the ‘Strategy for international cultural relations’. Current and future challenges require investment in culture as an area of European Research and Innovation policy due to its contribution to tackle societal challenges and foster innovation, growth and jobs. The future of work, increasingly shaped by the digital shift, will require the decisive pursuit of synergies between culture and education, both in formal education and lifelong learning. Therefore, the European institutions and Member States should ensure that at least 1% of the next MFF is allocated to culture across policy fields and funding programmes, following the recognition by the Council of the European Union of the crossover impact of culture and its transversal contribution to other policy domains in its 2015 Conclusions.

CULTURE ACTION EUROPE CALLS ON THE EUROPEAN INSTITUTIONS AND MEMBER STATES TO:

Ensure that the growing political and institutional recognition of the contribution of culture to the European project is translated into significant and sustainable support in the post-2020 MFF by:

Ensure that the necessity to respond to unforeseen circumstances does not hinder the attainment of agreed objectives and policies. This is particularly relevant in the face of the current experience of the Creative Europe programme, whose very limited resources have been time and again re-allocated towards new and ever wider-ranging initiatives.

Maintain a balance among funding mechanisms and adopt an equal and tailored approach to all cultural and creative sectors, considering that financial instruments such as guarantees, loans and equity, are only appropriate for profit-generating projects, while grants are vital to support the social function of culture, innovative artistic and cultural practices, transnational cultural cooperation and people-based investments. 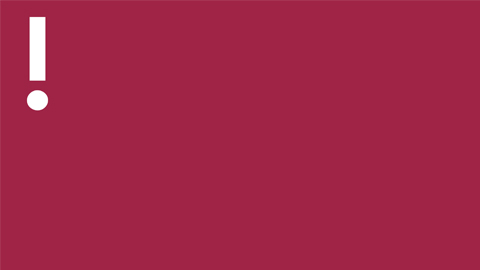